What Are 'Missions' & Why Do They Matter?

How would we describe the meaning and purpose of missions?

Consider a scenario: a woman walks into Community Church for the first time. She hears people talking about something called "missions" and ponders to herself "I thought church was about singing songs and hearing someone talk about God.  Just what is this 'missions' thing?  I wonder why it matters?"

If you were asked these questions, what would you say? Having a tool to help remember is valuable for all followers of Jesus. While there are many ways to explain, one simple framework is to utilize the familiar Bible verse:  John 3:16.

FOR GOD SO LOVED THE WORLD, THAT HE GAVE HIS ONLY SON, THAT WHOEVER BELIEVES IN HIM SHOULD NOT PERISH BUT HAVE ETERNAL LIFE.

Let's look at each piece of this verse to learn how to think about missions, and God.

FOR GOD.  Missions starts with God. From the beginning, God has been seeking people: God sought Adam and Eve in the garden of Eden after they disobeyed the one restriction He gave them (Genesis 3:8-9). He sought a people through Abraham (Genesis 12). Jesus sought people (Luke 19:10). He calls us to do the same (Matthew 28:18-20)

SO LOVED.  Missions flows from God's attitude toward the world: the attitude of love (1 John 3:16). God loves His creation, particularly humanity - men and women - the one part of His creation who bear His image (Genesis 1:27).

THE WORLD.  The extent of missions reflects God's expansive love. For instance, He reached out to bless all nations, all people, through Abraham (Genesis 12:1-3). Beyond even us, He loves the cosmos (the word John used here), which is the entire created order (Romans 8:20-22).

THAT HE GAVE.  Missions embodies a willful, sacrificial action. Our God is not a passive, uninvolved, distant deity (John 1:14). Nor is He an ogre, demanding we perform extensive religious rituals (Ephesians 2:8-9). No, He is a God that gives of Himself, and calls us to do the same (1 John 3:16).

HIS ONLY SON.  All missions have one central message, one focal point: Jesus.  God gives of Himself in His Son who laid down His privilege to become like us (Philippians 2:4-8) and pay the penalty, the evil (sin) which is ours, which is in each and every one of us (Romans 3:24-26).

THAT WHOEVER BELIEVES IN HIM.  Missions is the primary means of helping others believe.  Some people who hear the great news of His love for the world are drawn to Him and believe (John 6:44-47). The most common means God uses for people to hear the great news is through people sent to tell others (Romans 10:14-15).

SHOULD NOT PERISH BUT HAVE ETERNAL LIFE.  Missions, ultimately, has the intent of loving people like Christ loves people. It is these people, our fellow man and woman who respond in faith, who rather than being cast away from His presence are graciously given the gift of eternity in the felicity of God's presence (Romans 6:7-9).

When someone asks you about 'missions' and why it matters, reflect on John 3:16.

And even more so, when you find yourself asking why you care about missions, remind yourself of John 3:16. Remember that God loves; He loves the entire world, not only the people like you; and that as He took sacrificial action, He calls you to active, sacrificial engagement in missions.  Certainly not all believers are called to go, but all are called to understand and be involved with the purpose and meaning of God's mission in the world! 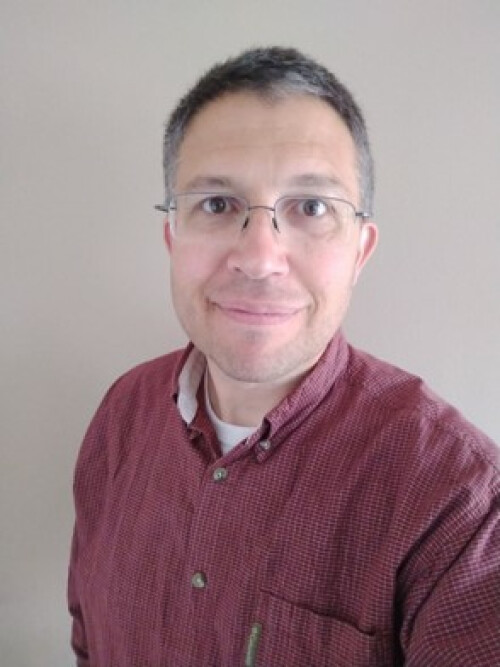 Michael serves as an extended part of Community.  Previously he served as an elder, Global Advance leader, teacher, and occasional worship leader, and worked in corporate America for 27 years. He has degrees from Trinity Evangelical Divinity School, Knox Theological Seminary, and the University of Wisconsin Milwaukee. Michael and Lia have five children, of whom two are grown and three live with them in Sarajevo, Bosnia-Herzegovina.